So the bench press is an incredible exercise. In fact, it’s one of the fundamentals of getting a really great, well-rounded chest. It can help you target the top and bottom of your chest, growing it really well. I see many people not bench pressing correctly and in this post, I’ll be revealing the best bench pressing techniques.

Before Bench Pressing – Do Warm-up

So I can’t believe I’m having to say this but the number of people I see going straight into the gym and loading up the bar with a ton of weights is far too many. In fact, what I just described is a recipe for disaster and it’s only a matter of time before you pull something. I would recommend getting some light dumbells (2.5kg – 5kg) and really stretching out your muscles. When you’re stretching, that little bit of added weight will help you get that extra stretch. After you’re done with the dumbells, start to bench press but only bench with the bar alone. Now you’re ready to load up with some heavier weights.

When I first started to bench, I flared my shoulders and elbows out. The following day I would feel a sharp pain in both my shoulders and elbows and that was because I flared out my elbows and shoulders. Try to tuck in your elbows as much as possible, this is going to really help you protect your muscles and help you lift for the long term. Preventing injuries. If you’re struggling to tuck in your elbows, it’s probably because you’ve got a wide grip on the bar. So grab the bar with your hands closer together and now see if you can tuck your elbows in.

The amount of people I see not using their thumbs or putting it under the bar is astonishing. When you’re not engaging the thumbs properly in the bench, you’re actually not utilizing your power efficiently. Make sure to wrap your thumb around the bar, this way, you’re not wasting energy.

I personally hit a plateau recently and after analyzing and going over a bunch of stuff, I figured out I hit a plateau because my diet wasn’t good enough. You see, I wasn’t eating enough. I was consuming a homemade mass gainer shake every day and I just got sick of it, I didn’t want to eat it anymore. And a couple of weeks later, I noticed that I couldn’t lift as much. You want to consume more calories than you burn if you want to keep progressing in the bench press. You can only train so much before you plateau. Training will only get you so far. If you’re serious about taking it to the next level, make sure to consume a lot of calories. I personally like to consume a mass gainer shake and get the calories over and done with. 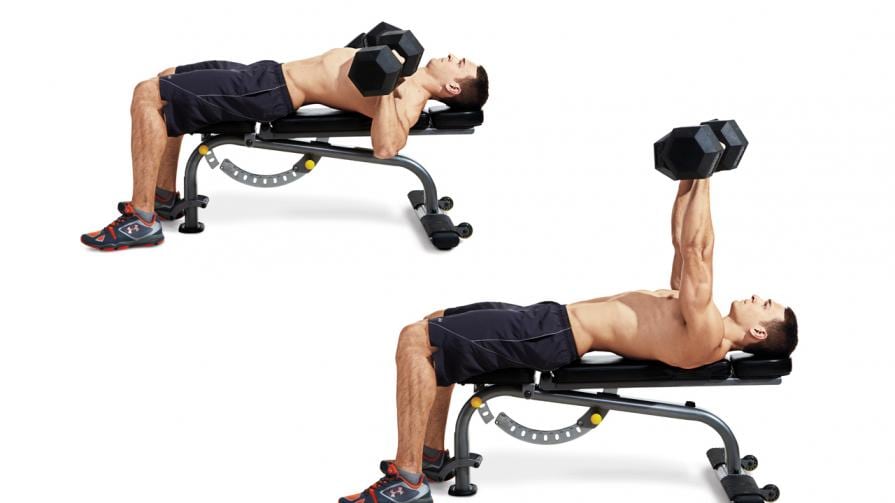 (Of course, you can adjust the amount to your calorie count)

After making a bunch of mass gainer shakes, here are some epic tips:

Blend the oats first. By blending the oats first, your mass gainer won’t taste like powder. I like to fill up my blender with cold water up to the blade and then pour in my oats. This helps keep the shake cool because the blending will heat everything up.

Use plenty of Greek yogurts. Because I’m not a big eater, I like to keep the volume of my shake to a minimum. I can’t be bothered to keep going to the toilet. The Greek yogurt will serve as the liquid so you don’t have to add any milk or water.

Consume everything at once. Make sure to drink all of your mass gainers right there and then. If you don’t and you leave your gainer out or in the fridge, it’s going to take on a horrible color and taste much thicker which will hinder you consuming it as easily.

So those are the main things you need to know about bench pressing. If you’re serious about increasing your bench and gain more power, size and bragging rights. I would recommend you check out the Critical Bench program.