The ketogenic diet is no rocket science. All you need to do is eat plenty of healthy fats, moderate amounts of protein, and severely limit your carb intake.

Once you figure out these macros, it’s just a matter of time for your body to switch metabolic states. The main goal behind the ketogenic diet is to your body into the elusive state known as ketosis. Without ketosis, there’s no keto.

That said, determining whether you’re in ketosis or not, staying there, and knowing how to use it to reach your fitness goals can be daunting if you don’t have the right know-how. That’s where today’s’ post can help.

In this post, I’ll delve deep into what ketosis is all about as well as the telling signs to pay attention to. 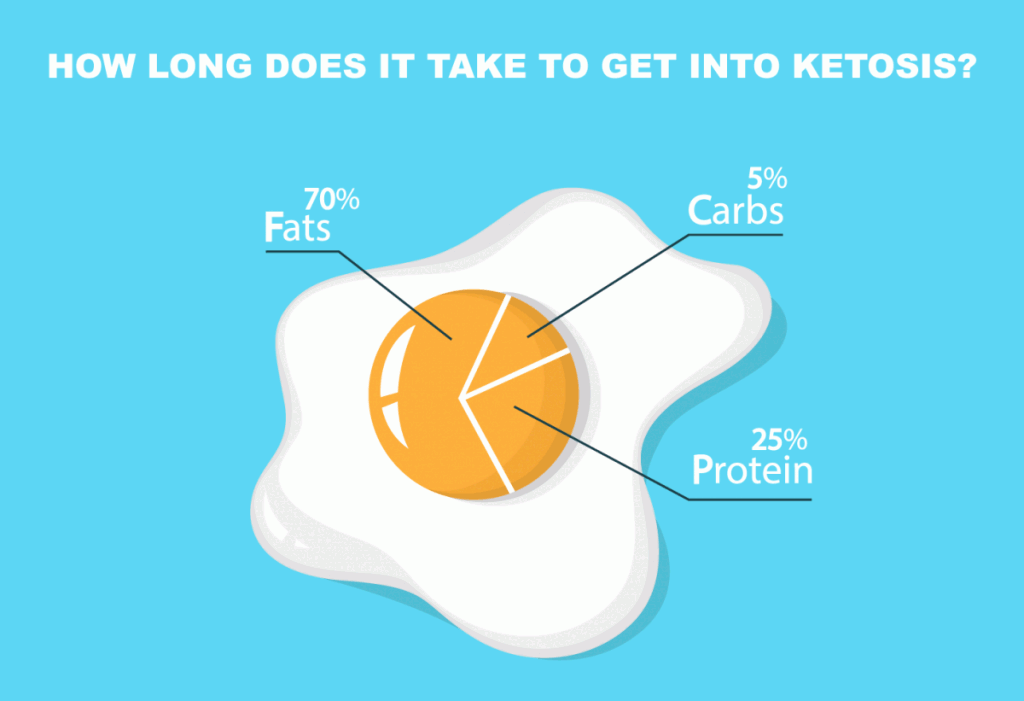 Let’s first started at the beginning.

The keto diet is a high-fat, moderate-protein, and carb-restricted eating plan. This diet consists of 70 to 80 percent fats, 15 to 20 percent protein, and 5 to 10 percent carbs.

The main reason for keeping carb intake this low is to force your body into ketosis. This is a metabolic state in which your body switches into burning fuel as its main source of energy instead of stored glycogen (carbs).

Read More  Aging Up - A Health and Diet Guide for Seniors

Usually, your body’s primary source of energy is glucose (sugars from the carbs you consume). When you drastically cut the number of carbs you eat and replace them with healthy fats your body is forced into ketosis.

How to Attain Ketosis

Your body already has glucose storage that can last a while. To drain it, you’ll need to keep your carb intake low for long enough to see results.

According to research, it can take a few days –and up to a week—of limiting carb to intake to circa 20 to 30g per day and having the majority of calories coming from fat to get into ketosis.

This requires tossing away specific food items from your eating plan, such as candy, grains, sweetened drinks, etc. You also have to pass on starchy vegetables, fruits, and legumes.

A few days might seem short, but they can feel like an eternity for the complete newbie.Some of the factors that have an impact include your eating habits, body type, fitness level, training intensity.

Note: 30 grams of carbs may seem like a lot of food, but it’s the equivalent of one large banana, three large carrots, or two slices of white bread — a small snack for many.

How Fast You Can Get Into Ketosis

If you’ve minded your keto macros for a couple of weeks, then you should attain ketosis within three to four days.

Research shows that in general that most people can reach light nutritional ketosis—roughly 0.6 to 1.0 mmol/L within two to three days. Optimal ketosis—around 1.5 to 3.0 mmol/L may take more than two weeks.

How To Tell If You’re in ketosis

There’s no simple way to tell if you’re in ketosis, and the symptoms may differ from one person to the next. Nonetheless, there are a few side effects that you might want to look for.

What follows covers some of the best telling signs of being in ketosis.

Also known as the “induction flu,” the keto flu consists of a range of symptoms that mimic the signs of the flu. These include lethargy, dizziness, headaches, irritability, sore throat, chills, and trouble falling—or staying –asleep.

The keto flu happens when your cells use up all of the glucose but haven’t yet figured how to burn fat. Think of this as your body’s carb withdrawal syndrome.

Research out of the Annals of Internal Medicine revealed that diabetic patients who went on a low-carb diet for 15 days not only regulated their glucose levels but also slashed average blood sugar by 30 mg/dl.

This smelly breath results from increased production of acetone, a type of ketone bodies produced in the liver and expelled via the breath.

This is also a chemical used in the production of paint thinners and nail polisher remover—and the reason why you might notice the slightly metabolic taste in your mouth.

You Got Digestive Issues

When you restrict your carb intake, you’re also throwing away a lot of fiber—usually found in starchy veggies, fruits, legume, grains, and cereals—resulting in constipation. Eating lots of fats may also trigger diarrhea.

Early on, you might feel as though you have less energy than usual when exercising—or doing mundane everyday tasks. This can be blamed on the sudden shortage of glycogen stores in the muscles—the preferred energy source for exercise.

This is the most telling sign. After all, going keto forces your body to produce lots of ketones. You can measure your levels of ketosis using a specialized meter.

This gauges your ketone level by measuring your beta-hydroxybutyrate (BHB) levels—one of the three main ketone bodies released into the bloodstream upon entering full ketosis.

In general, the threshold of attaining ketosis is a blood ketone level of 0.5 mmol/L.

There you have it! The above guidelines are all you need to have a basic understanding of the metabolic state known as ketosis as well as how to tell once you get there. Now it’s up to you to make the necessary dietary changes to reach your ketogenic goals. The rest is just details.

Please feel free to leave your comments and questions in the section below.

In the meantime, thank you for dropping by.